Why Designing for Autism Matters 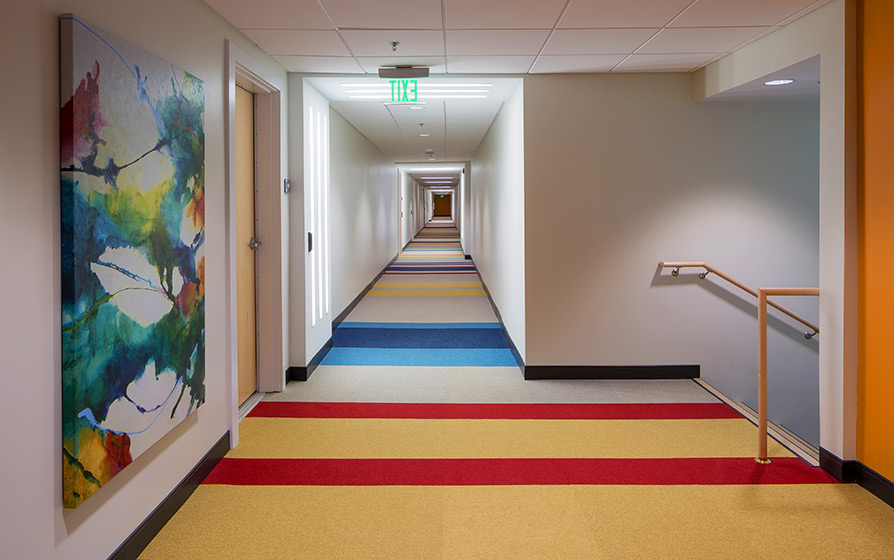 As people settle into their new digs at The Faison Residence, a cross-cultural housing community for young adults with autism and members of the compassionate care community, interior designer Arielle Cummins, CID, IIDA, LEED AP ID+C, shares her eye-opening experiences in learning to design spaces for people with autism. 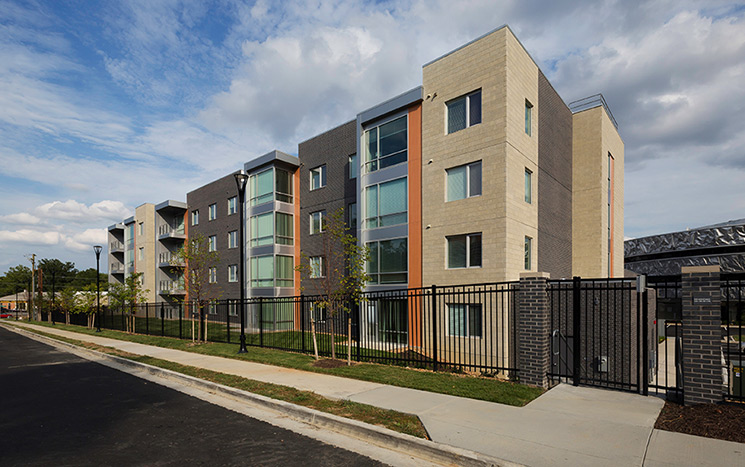 How did you prepare for this project?
I read a lot of articles not only on design for autism but autism itself, so I could gain a better understanding of how the built environment impacts daily sensory experiences. One video I found particularly interesting was sent to the design team by Mark Larson, the project’s lead architect.

I also have several friends and neighbors who have children with autism, and I have learned so much about it simply from hearing about their everyday lives, the numerous therapies, and the many seemingly tiny things that can overstimulate someone with autism.

How did that insight affect the interior elements you incorporated into the design?
The apartment units are intentionally subdued with simple floor plans to create a place of respite for residents, both autistic and not. In my research, I found that the knee-jerk reaction when designing for those with autism is to shelter them completely to avoid overstimulation. The better strategy, the one we implemented, was to incorporate strategic sensory stimulation in appropriate areas.

So we have carpeting in the bedroom and vinyl flooring in the kitchen instead of hardwood to cut down on echoing. We used soft, soothing color tones in our finishes. Natural light is a huge component to the design as well—it’s incredibly important. 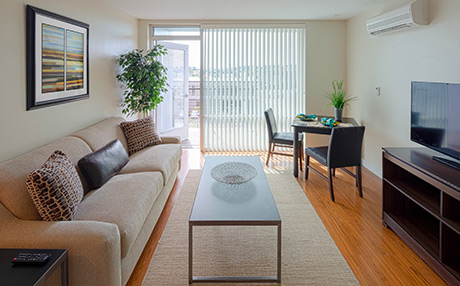 An abundance of natural light along with soft finishes and colors provide a soothing respite for residents.

What elements did you leave out?
Hanging light fixtures. They’re much more noticeable than recessed or ceiling mounted fixtures, so they serve as a distraction.

What did you learn through this process?
I did a lot of reading on how individuals with autism respond to visuals. They often have very artistic minds, and art therapy can be particularly effective for those with autism. So patterns and color were introduced into the building’s public spaces in ways that would assist with wayfinding.

A simple striped pattern is incorporated into the corridors of each floor of the building. A resident would be able to pick up on the pattern and identify at what point in the pattern their home is located. This provides visual interest in a very organized manner, so as to not overwhelm a resident with a chaotic pattern.

Each floor also has its own color scheme, which is painted on walls opposite the elevator and at the end of the corridor. A resident will associate his/her home with a particular color and can easily identify when they have arrived at the correct floor. 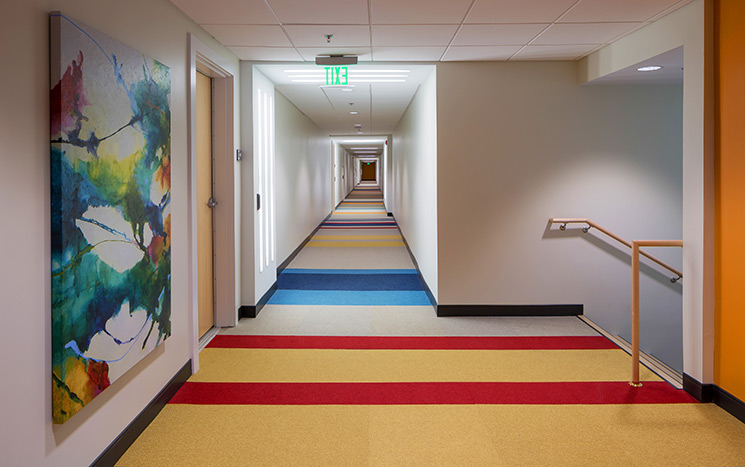 Colorful patterns within the corridors’ carpeting provide visual cues for residents with autism.

What is the difference between designing a home for someone with autism versus someone without?

That’s the thing—there really isn’t much. There’s little difference between an apartment for a resident with autism and one without, other than the additional two-way video monitoring equipment in the units designated for residents with autism.

What was the biggest challenge in designing this space?
Initially, the largest challenge seemed to be providing an environment that would be appropriate to the needs of those with autism while still appealing to the general public. As I did more research, I discovered that the two environments did not necessarily need to be that different. One article that inspired me calls for a more positive approach to design for autism and focusing on what individuals with autism can do rather than what they cannot.

We wanted to create public spaces that would inspire all individuals who entered the building. There was a fine line between not creating building elements that would overstimulate those with autism, yet not having a boring final product.

How does the design help adults with autism gain independence?
These residents with autism are learning to function in the world just as any other young adult is – the only difference is that they need a more secure environment with access to help should they need it.

The community’s public spaces, like the community room and fitness center, provide opportunities for those residents to be exposed to social settings in a controlled environment where they can easily return to their home. These types of spaces can help those with autism adapt to being in the “real world.” 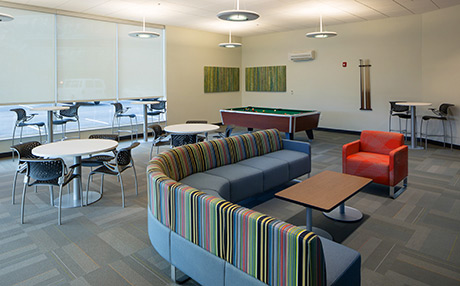 A variety of common spaces, including this community room, become junctions for casual and spontaneous social interactions.

What was the most rewarding takeaway?
I am thrilled to have been a part a project that brings awareness to autism, while helping those living with autism independently thrive in society. Autism is such a large issue in today’s society. I believe everyone should have an understanding of this condition to develop sensitivity to the needs of those with autism.