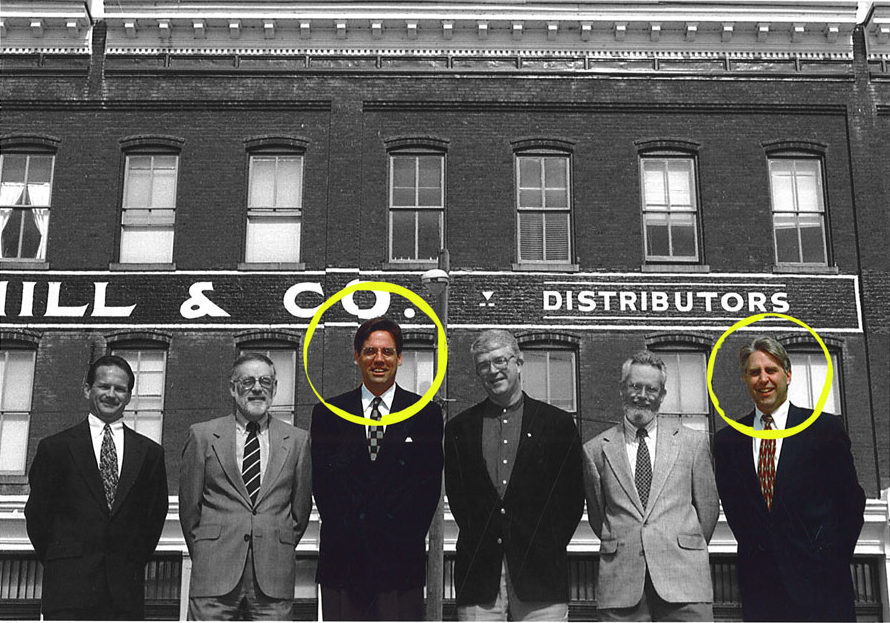 There really aren’t enough words to sum up the significant impact that Principals Bruce Tyler and Brent Farmer have had at Baskervill. Since joining in 1984 (yes, 35 years ago), they’ve given our creative minds the rope and room to grow and challenge each other—and they’ve certainly nudged us outside our comfort zones from time to time. Need a sounding board for a crazy idea? Brent’s office is open. Trying to distill a tidal wave of data? No one does it quite like Bruce.

And while this isn’t a retirement announcement (because these two never slow down), it’s time we tell you about some changes both Bruce and Brent are making.

Come April, Bruce is transitioning into community-focused roles within a number of worthwhile nonprofit organizations including the Richmond Community of Caring, ChildSavers, and CrossOver Healthcare Ministry. Brent, on the other hand, is shifting into a role he’s dubbed “The Concierge of Baskervill.” Essentially, he’ll continue being a critical set of eyes and ears for us—building relationships and connecting people with design needs to the best resources at the firm. The benefits of his position? Reduced hours, taking more calls from his “home office,” and maintaining his street cred as the life of the party. Expect to see him at all the coffees, lunches, happy hours, and more.

So, while we still have these two as full-timers, we want to celebrate how they’ve shaped Baskervill and informed the very makeup of our design DNA.

Let’s flash back to where it all began, over congratulatory drinks in the early 1980s. Michael Nash (a former Baskervill principal) was celebrating Bruce and Brent passing their architectural exams. “We talked about going into business together,” remembers Michael. “We had no clue what we were doing, but we did it anyway.” Fueled with ambition—the Tyler, Nash, and Farmer architecture firm was born.

You could say the trio’s working relationship was much like a three-legged stool. “We embraced that nature pretty quickly,” explains Michael. “And, for me, it was a comfort.” Bruce had the nose for business operations, Brent was the relationship builder and creative lead—and Michael rounded out the team with his aptitude for project management and building-science savvy.

To expedite growth of the firm’s meaty portfolio, a merger was the natural next step. “Baskervill had a stout reputation, with so much history and horsepower and technical knowledge,” says Brent. “We felt that we could bring a new energy and skillset to amp up Baskervill’s core strengths while also systematically developing the design talent and operations to be more than it had ever been before.”

Back then, Baskervill’s working footprint was a clean 50-mile radius around the City of Richmond, Virginia. With early wins, the trio complemented Baskervill’s multi-discipline talent pool with multi-dimensional projects that set Baskervill in new directions. “Winning The Diamond baseball stadium was a game changer,” says Bruce. “Up until that moment, we were known for healthcare design—and like many firms at the time, marketing was the act of waiting for the phone to ring for work. No longer. We were taking action and pounding the pavement.” A fundamental shift in how the firm evaluated the possibility and potential of different jobs brewed as more work flooded in.

Baskervill’s working in 44 states and four countries today, with bustling offices in DC and Orlando. This kind of sustained growth is no dumb luck.  Instead, it’s a result of replacing mom-and-pop management practices for a deliberate business model. Can you imagine a group of leaders meeting to approve how many paper clips get ordered in the next office supply refresh? We were guilty of that—until Bruce took charge in helping Baskervill specialize and delegate at an operational level.

With dedicated departments doing what they do best, we were able to apply our design brains to new markets (adaptive reuse; developer-based office and retail properties) while expanding expertise in existing sectors (clinics and medical office buildings). Again, Bruce was a key player in parsing through industry trends and monitoring economic cycles to strategically continue diversifying our overall portfolio. “Bruce’s keen business sense has been a litmus for all our growth decisions,” explains Baskervill President Bob Clark. “Grounded in the highest levels of integrity, Bruce has always been able to support and protect our people, the work, and our clients.”

Great design is nothing without purpose and people. Look no further than Brent’s office where you can see a sun-splashed yellow airplane model among a menagerie of hand-crafted wood carvings and ceramics. “With all his clear creativity, it’s often ironic to people that Brent spends the majority of his time not flexing his design muscles,” says Principal Margaret Hood.

Instead, Brent’s out and about—embodying our commitment to be a relationship-driven organization. You could say he’s putting the first two steps of our Ask + Listen + Create motto to use on a daily basis. How are things going within your organization? What design challenges have you faced in the past? Why isn’t your current space truly supporting your operational objectives and vision for growth? Those are the types of questions Brent asks, regardless of whether there’s some job opportunity behind any of it. “Brent’s empathy and ability to show how eager we are to do right by people is something you can’t replicate,” says Bob.

Case and point, Brent spent about seven years of quick check-ins, golf outings, and other meetings with a contact before Baskervill ever started working with a Fortune 500 financial business—a client we’ve now served for more than 25 years, implementing their workplace strategy across locations nationwide. That’s why form and function are equals to us, which roots our design approach in what we know to be uniquely right for each individual client.

Brent reminds us to go after a small bathroom renovation with the same gusto as an international master planning initiative—because, to us, it’s never about the job, it’s about the people. “I have a magic eight ball on my desk, so how seriously can you take me?” jokes Brent. Pretty seriously, we’d say. We currently have a 94% repeat-client base, thanks in large part to Brent and all our designers showing clients of all types and sizes what great design really looks like.

Our higher education studio is about to kick off work on a new-build laboratory for one of the largest marine research and education centers in the United States! Want to know what sealed the deal? A client recommendation from a project Baskervill completed about 20 years ago. Indeed, the past informs the present and lays the foundation for future success—and we can tell you the future looks bright.

“I’ve worked with these men for 33 years,” says Margaret, who was actually hired by Brent and Bruce. “And we’ve been through our fair share of twists and turns. But, no matter what was going on at the time, both Brent and Bruce have always made sure that Baskervill feels like a team, where we’re all working together as peers without real levels.” Ideas are encouraged from everyone, and there’s no room for ego in our design DNA. “At Baskervill,” adds Margaret, “it’s the sum of all of us, not one of us.”

So, it’s no surprise that when asked about the most rewarding aspect of their careers, neither Brent nor Bruce had anything to say about projects. Instead, they rattled off the names of many people they’ve brought to Baskervill—reveling in the growth and accomplishments of others they’ve had the pleasure of mentoring.

“No matter how Baskervill grows and evolves over time, I know we’ll continue to mirror and celebrate these pillars and value structures Brent and Bruce have helped cultivate,” says Bob. “That’s why we’re officially giving both life-long titles to honor not only what they’ve done for Baskervill, but how much they mean to each of us.”

Here’s to the legacy of our two principals emeriti! 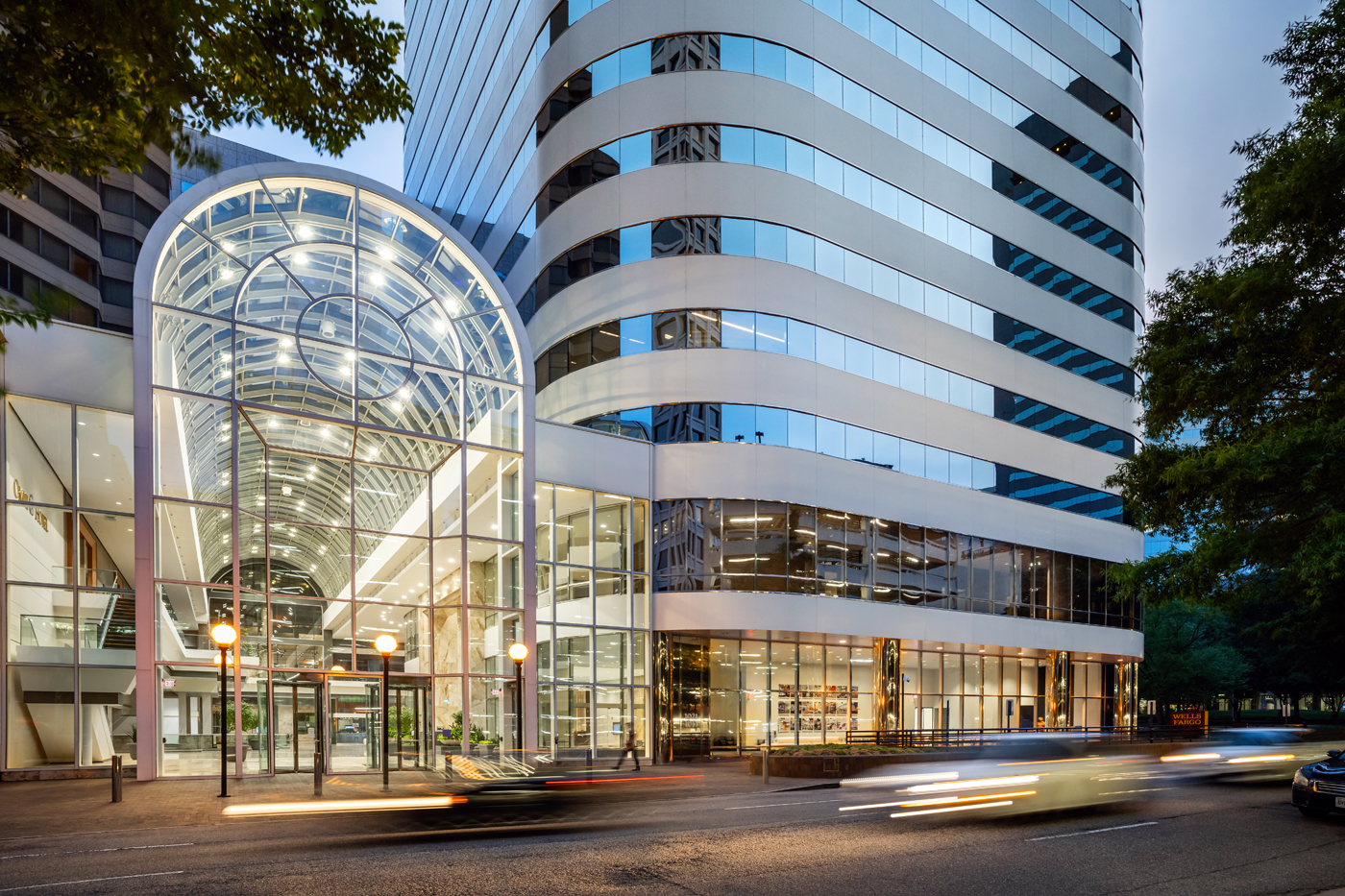 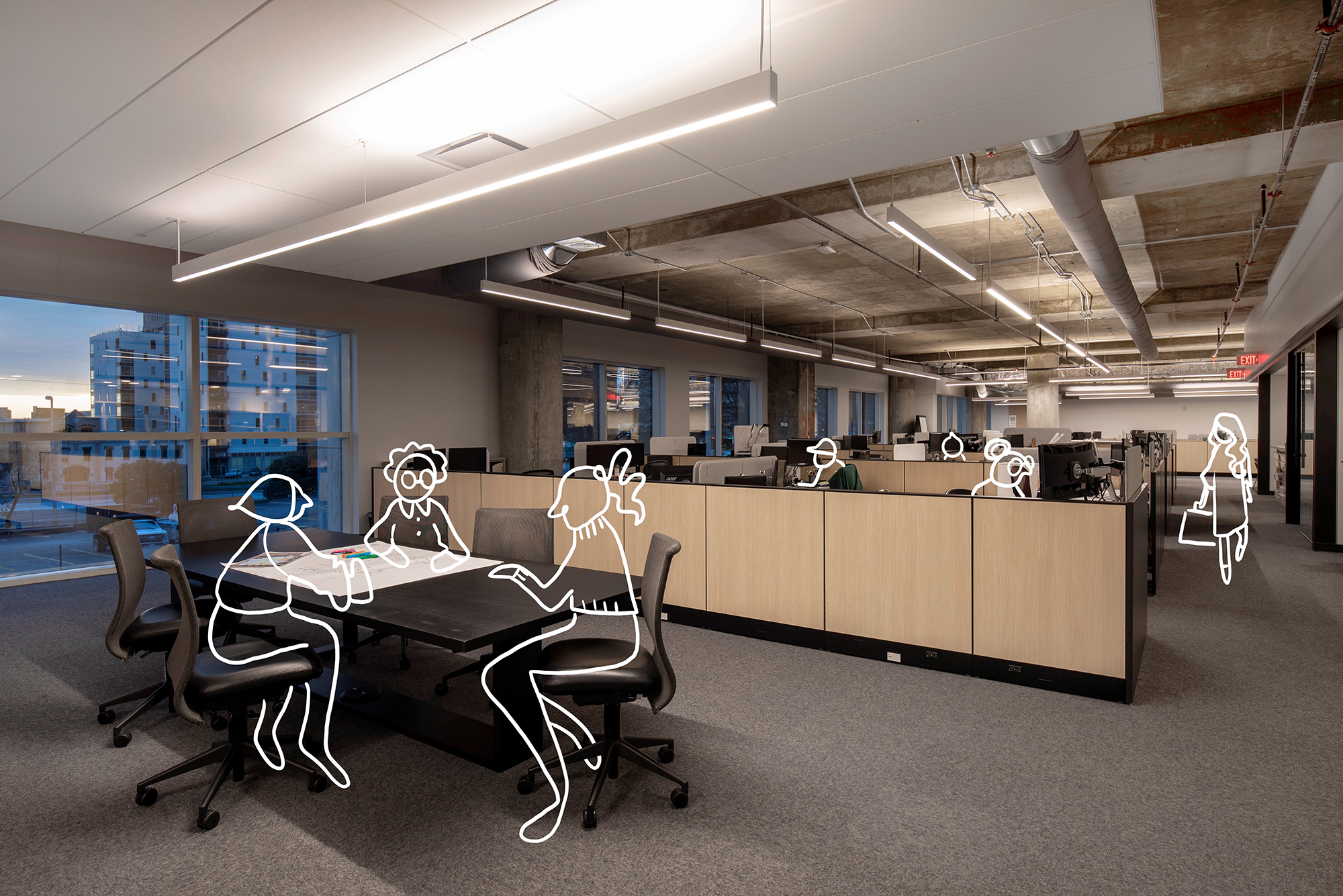 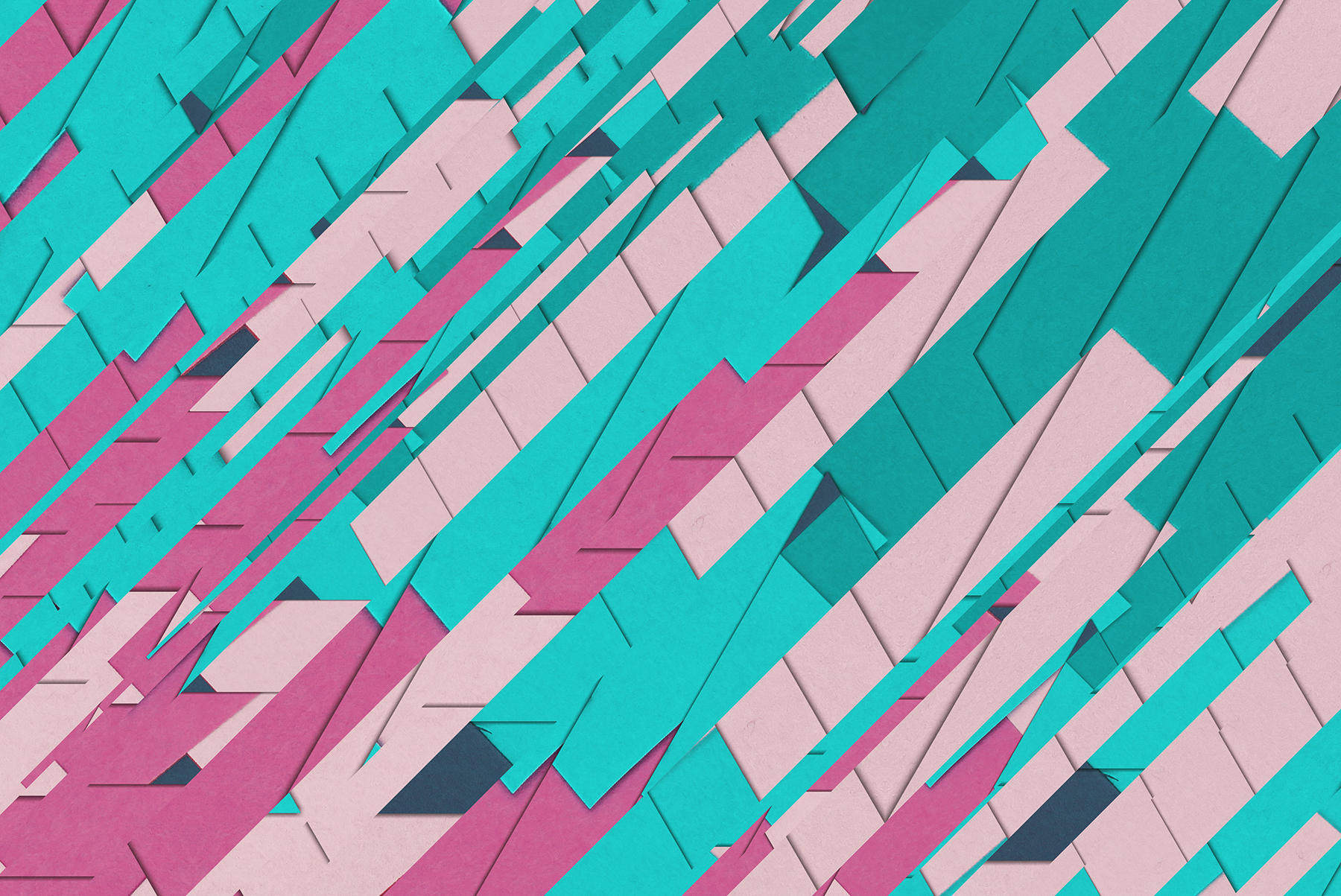