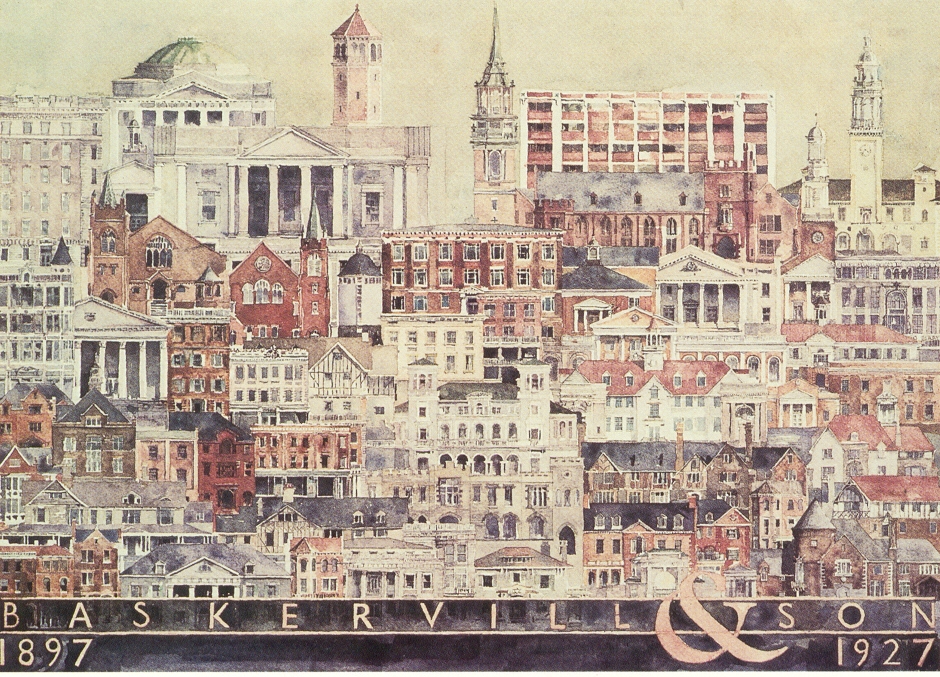 2022 marks Baskervill’s quasquicentennial; our 125th birthday. From local Richmond firm to design dynamo with a glowing global footprint, the firm has evolved and changed a lot over the last century or so. What hasn’t changed? A commitment to asking, listening, and creating spaces that empower ideas and connect people. What does 125 years’ worth of work encompass? We’re glad you asked.

1. Baskervill has been a multi-disciplinary design firm from the start. Founded in Richmond, Virginia as Noland & Baskervill by architect William Churchill Noland and engineer Henry Baskervill, the firm continues that legacy today, adding interior design and planning along the way.

2. Baskervill(e)? Like the hounds? Well, kind of. The firm’s name shifted over the years, incorporating an “e” on the end for a period in the early 20th century before eliminating it again in 1969 with the death of H. Coleman Baskerville, who led the firm at the time. Along the way, the firm was also known at various periods as Baskervill & Lambert, then Baskerville & Son, and today, simply: Baskervill.

3. One of the firm’s earliest projects is also one of its most prestigious. Completed in 1906—less than 10 years after the firm’s founding—the East and West Wing additions to Jefferson’s beloved Virginia Capitol Building are a reminder of the enduring power of architecture.

4. In advance of the firm’s 100th birthday in 1997, we gifted the Virginia Museum of History & Culture the original drawings and associated documents for projects dating from the firm’s founding to 1951. Fully searchable online, they are also available to view at the Museum itself.  Among them, many buildings still in use today: Scott House (1907), the Richmond News Leader—then Richmond Times-Dispatch—Building (1922), and Richmond Public Library, which Baskervill originally designed in 1928 as the Dooley Library and returned to expand in 1972.

5. Much of the firm’s early work focused on private residences still found across Richmond. Particularly noteworthy is a longstanding relationship with the Dooley family, which resulted in work on various aspects of their Maymont estate in Richmond, and design of their 23,000- square-foot, 52-room Italianate villa, Swannanoa. Listed on the National Register of Historic Places and the Virginia Landmarks Register, today visitors can tour Swannanoa’s gilded era glam on select weekends.

6. Cultural work has long been a part of our pedigree and includes projects such as the Virginia Museum of Fine Arts’ South Wing addition in 1970, Virginia Civil Rights Memorial at Capitol Square in 2008, and the Black History Museum and Cultural Center of Virginia completed in 2016.  Most recently, our work has centered in the monument and memorial space. Hearth: Memorial to the Enslaved at William & Mary was dedicated in 2022 and we are currently working alongside the University of Richmond, Emory University, and Richmond Hill (amongst others) to craft artifacts that reflect the various untold stories of their campuses.

7. 1701 Byrd Avenue in Richmond has had a few lives. Originally designed in 1961 as the headquarters for specialized HVAC and appliance services company Robertshaw Controls, we returned in 2006 to transform the building into the first space for the Faison School for Autism. Now known as the Faison Center, we’ve continued our work with this amazing organization ever since. The most recent addition, the Early Education Center, was completed in 2020 and plans for Pioneer Hall, the future home of Faison’s Adult Day Care and Employment Academy programs, is underway.

8. Over the last three decades, central Virginia has become a thriving hub for research, engineering, and technology, bolstered in large part by the incorporation of the Virginia Bio+Tech Park. BioTech One, a joint venture between Virginia Commonwealth University, the City of Richmond, and the Commonwealth of Virginia completed in 1995, was Baskervill’s first foray into the sciences space, but certainly not our last. Since then, we count VCU’s College of Engineering Research Building, William & Mary’s Integrated Science Center Phase 4, VIMS’ Chesapeake Bay Hall and VMI’s Nichols Engineering Building among our ongoing explorations into the increasing impact of science on daily life.

9. For the first 99 of the firm’s 125 years, essentially all our work (and all of our team!) was in Virginia. It wasn’t until 1996 that we began to spread our geographic wings. A small retail project, The Manhattan Bagel Company, in Woodstock, Georgia was our first licensed exploration beyond the Commonwealth. In 2022, less than 30 years later, we are licensed in 44 states and actively working in 5 countries, supported by team members in five offices (Charlotte, Gdansk, Orlando, Richmond, and Washington DC) and individuals in various locations across the US.

10. Healthcare has been a fundamental part of Baskervill’s story from the very beginning. Work with the Medical College of Virginia (now part of VCU Health) began in 1897, the same year as the firm’s founding. In the century following, work with MCV/VCU continued—including design for the Gateway Building and countless clinical spaces—in addition to Richmond Memorial Hospital, Sheltering Arms, and Eastern State Hospital in Williamsburg. Today we’re working alongside Bon Secours, Kaiser Permanente, and Patient First in delivering patient-centered care where it’s needed.

11. Much of the firm’s geographic expansion over the past twenty years has been related to a growing portfolio of Hospitality work that has taken us from Maine to California and beyond. From an art-forward Autograph to a relaxed yet refined restaurant space to modern modular marvels, we have a deep bench of work for hoteliers, developers, and management teams throughout the US and Caribbean.

12. Home. It’s a powerful term encompassing the vast physical and emotional aspects of a place, and homes have been a part of Baskervill’s heritage from the very beginning. We continue the important work of designing homes, working alongside organizations and developers to provide safe and welcoming spaces for families today.

13. How, and where, we work has evolved over the years (and continues to do so now more than ever!), and with it, the workplaces we’ve designed. Mid-century office spaces for the likes of the Seaboard Air Line Railroad Company in 1958 (now apartments called the 3600 Centre), and Reynolds Metals in 1968 led to the Media General Building in 1997, Owens & Minor Headquarters in 2006, CFA’s LEED-Platinum Global Headquarters in 2015 and 2020’s Kinsale Insurance Headquarters, with hundreds of workplace projects for clients large and small along the way.

14. Over the years, we’ve been fortunate to work on some particularly memorable athletics projects. UVA’s distinctive University Hall was considered state-of-the-art when it opened in 1965 – its unique circular design required two cranes working together to place the building’s 32 precast rib arches, each weighing 52 tons and 115 feet in length. 20 years later, heavily influenced by the modernist designs of Pier Luigi Nervi, we completed work on The Diamond, currently home to the Double A Richmond Flying Squirrels. The concrete superstructure is highly complex, with seating and a cantilevered roof tectonically balanced on the structure’s horizonal beams and buttress columns. But our most recent feat is one for the memory books: the conversion of a defunct Macy’s department store into a competitive training ground for Olympic hopefuls.

15. 125 years after our founding, we’re hitting today’s design challenges head on. From WELL-designed spaces for dynamic teams to community-minded places for the next generation, we’re out to start a conversation about how great design can impact our every day, now and into the future. Here’s to 125 more.

View All
In Spirit of Solidarity: Sharing Alla’s Story This Defenders Day
October 13, 2022

Q&A: John Currie, FAIA on Architecture and Planning in Service to Public Health